An Introduction to Platinum Investment 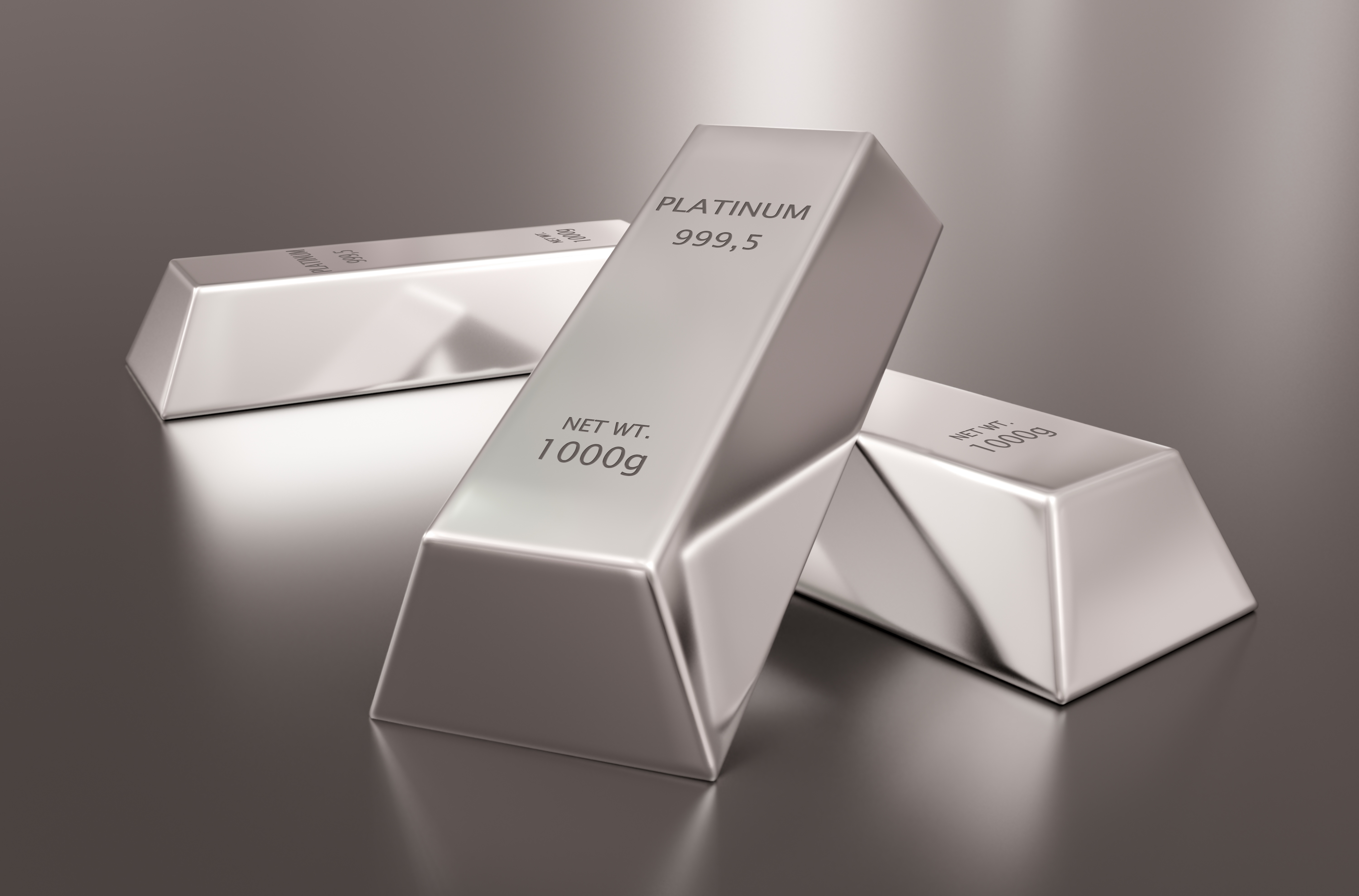 Platinum benefits from being both an industrial and precious metal, thirty times rarer than gold, and an effective portfolio diversifier.

Over recent years, the platinum market has been characterised by constrained supply and highly variable demand; looking ahead, however, supply is expected to remain constrained while demand is expected to grow strongly, supported by higher platinum loadings in autocatalysts, including substitution for more costly palladium as well as to meet tighter emissions standards, with platinum use in fuel cell electric vehicles (FCEVs) and in the production of green hydrogen becoming increasingly significant drivers of demand growth over the next decade.

Despite this compelling fundamental outlook, platinum continues to trade at a significant discount to gold and to palladium.

Platinum is both a precious metal and an industrial metal – over 73 per cent of platinum demand arose from automotive and industrial uses in 2021.

Also like gold, platinum is a hard asset that investors can turn to at times of increased risk. In fact, during the pandemic, purchases of platinum bars and coins significantly exceeded historic levels as investors turned to hard assets, specifically between March 2020 and August 2020.

With its unique combination of physical and chemical properties, platinum has a diversity of applications and consequently, demand drivers. Its high melting point, density, ultra-stability and extreme non-corrosiveness make it crucial to many industrial and manufacturing processes, yet it is also used to fabricate the finest jewellery in the world. Platinum investment demand is met by a range of investment products: physical bars and coins, on-line bullion accounts, physically-backed exchanged traded funds and futures contracts.

One of platinum’s most important uses is as a catalyst – the presence of even a small molecule can speed up chemical reactions, reducing process energy needs and improving yields. Platinum enabled the first-ever autocatalysts in the 1970s and to this day it remains a key component in vehicle emissions control, predominately in diesel autocatalysts in both light and heavy-duty vehicles and increasingly in gasoline engine vehicles where it has substituted for palladium.

Biocompatible and well tolerated by the body, platinum is used in numerous established medical treatments and is at the forefront of many new ones. Compounds made from platinum are used in the treatment of cancers.

Glass, petrochemicals, silicones and sensors are all produced using platinum. It is present in the hard disk drives that enable the growth of cloud storage in the global computing industry. Fuel cell technology that made the moon landing possible uses a platinum catalyst to produce electricity from hydrogen. Today, platinum is regarded as a critical mineral that is essential for the energy transition due to its use in proton exchange (PEM) technologies which are used not only to power fuel cell electric vehicles, but also to produce green hydrogen via electrolysis.

Platinum is a Platinum Group Metal (PGM), the other PGMs being palladium, rhodium, ruthenium, iridium, and osmium. The palladium and platinum markets are interlinked with regard to supply and demand. PGMs are co-products or by-products in the majority of their mining locations, and they are substitutes for each other in several industrial applications, most importantly in gasoline autocatalysts on a one for one basis.

Thirty times rarer than gold, platinum is found at very low concentrations in the Earth’s crust. When compared to gold and silver mine production the rarity of platinum is highlighted further. In 2021, the mined production of silver, gold and platinum was 823 Moz, 115 Moz and 6 Moz, respectively.

Platinum extraction from mining is concentrated in only three geographical locations in the world, with over 70 per cent of global mine supply coming from a relatively small geographic region in South Africa – the Bushveld Igneous Complex. Here, annual supply has declined from a peak of 5.3 Moz in 2006 to a projected 4.3 Moz in 2022, due to volatile margins hindering capital investment decisions.

The balance of mined supply comes from Zimbabwe, Russia, and North America. Platinum is very rarely found in isolation, and Southern Africa is the only primary source of platinum, with platinum in Russia and North America mined as a by-product of other metals (mainly nickel and palladium, respectively). Platinum is extracted, processed and purified through a complex series of physical and chemical processes; mining, concentrating, smelting, and refining.
Platinum is highly recyclable – mainly from spent autocatalysts and, to a lesser extent, jewellery. Secondary supply from recycling in 2006 was 1.4 Moz and this is projected to be 1.7 Moz in 2022.

Overall, projected total supply is on a declining trend, and in 2022 it is expected to be 6 per cent below the peak level it reached in 2006.

The largest segment of platinum demand is in automotive applications. Platinum is an excellent catalyst and is instrumental in reducing the three main harmful emissions from internal combustion engines (ICE): unburned hydrocarbons; carbon monoxide; and oxides of nitrogen. Emissions continue to be subject to increasingly strict regulations in most countries around the world and, historically, tightening emissions legislation has driven platinum automotive demand growth to a greater extent than changes in volumes of auto sales.

At around 40 per cent of demand, the outlook for platinum automotive demand is key to the supply/demand fundamentals of platinum. The size of this demand segment results in its developments impacting investor sentiment towards platinum.

While the electrification of the transport industry is undeniably essential to meet global emissions reductions targets in support of limiting global temperature rise, not all vehicle applications or geographies are compatible with electrification under current technologies. Consequently, ICE vehicles will remain a material part of the drivetrain mix for the foreseeable future, albeit a gradually declining one with increasing mild hybridisation.

Platinum’s rarity and precious metal status has led to it becoming the premier metal used for the finest jewellery, especially in western markets and Japan, and more recently in China. That said, the platinum jewellery market has been facing headwinds, even before the impact of pandemic-related lockdowns was felt.

Research has shown platinum to be the precious metal most associated with love and the expansion of platinum into global jewellery markets is rooted in buyer behaviour in the bridal sector, although self-purchasing has been an increasing trend.

Industrial demand for platinum has grown at twice the pace of global GDP since 2013, and since 2020 it has been the second largest demand segment after automotive.

Industrial uses of platinum are myriad. For example, its catalytic properties are used to make nitric acid for fertiliser and in the petrochemical industry to achieve a higher yield of higher-octane fuels during the reforming process. Platinum’s high melting point, stability and non-corrosiveness are vital to the glass making industry, as it can withstand the high temperatures necessary without distortion or causing contamination. Light emitting diode screens and glass fibre are produced using platinum.

The investment case for platinum

Since 1900, platinum has traded at a premium to gold for over 86 per cent of the time (on an annual average basis) as its supply/demand fundamentals added to its ‘precious’ value. However, in recent years, negative sentiment, rooted in concerns over the decline in demand for platinum in autocatalysts and, to a lesser extent, jewellery, has seen this premium eroded.

Today, the investment case for platinum has strengthened considerably. The outlook for the all-important automotive demand segment is demonstrating considerable upside as the transition away from ICE is likely to be slower, while increasingly stringent emissions standards are driving higher loadings as is platinum for palladium substitution. Supply, meanwhile, remains constrained.

Overall, automotive demand for platinum – autocatalyst and FCEV combined – is expected to exceed 4,028 koz in 2026, 34 per cent higher than forecast automotive platinum demand in 2022 due to a combination of higher platinum loadings in autocatalysts, substitution for palladium and growing demand from FCEVs.

Figure 5: Sustained and deepening deficits in the platinum market from 2023 to 2026