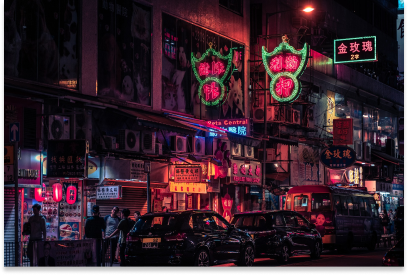 The rubber market is witnessing a larger fallout in the spot prices and demand, with China on lockdown for almost a month compared to the demand challenges posed by Russia’s invasion of Ukraine, leading to a cut back in some auto production in Europe.

With a month into the lockdown, the rubber producers are struggling to move volume, leading to a supply glut situation despite early wintering in Thailand and unseasonal rains in southeast Asia. According to Helixtap data, over April, Standard Thai Rubber (STR) 20 prices already dropped by 1.9%, and Standard Indonesian Rubber (SIR) 20 fell by 1.5% as of April 20, 2022.

Association of Natural Rubber Producing Countries (ANRPC) forecasts that global rubber production is expected to post annual growth of 1.9% to 14.1 million tons during 2022, while global consumption is likely to be at 14.2 million tons, up 1.2%. Even though the forecast indicates a supply deficit, the ground reality might be slightly different amid disruptive events like China’s “Zero Covid policy” and the ongoing geopolitical tensions.

As the situation across the globe gets murkier, Helixtap looks at the fallout on rubber markets since the February 24 invasion.

Faced with its worst Covid-19 outbreak, China has enforced mass quarantines and strict controls. However, it is taking a grim toll on the country’s economy. Even though China’s economy expanded 4.8% in Q1 of 2022, much of that growth was recorded in January and February.

The slowdown that started in March would worsen over April, with more regions placed under restrictions. The situation is grim for the rubber market, given China accounts for 40% of the global rubber consumption. According to market sources, the absence of China is “killing the market.” “If the Shanghai lockdown maintains for another few weeks, the market may drop another US$50/mt,” a producer source noted.

According to Helixtap data, Standard Thai Rubber (STR) 20 prices saw a correction of around 1.1% in March, while prices had already dropped by 1.9% as of April 20, 2022. The situation is similar for Standard Indonesian Rubber (SIR) 20, which saw a 1.2% rise in March prices while dropping by 1.5% in April.

Market sources noted that some producers have side-lined amid the bearish sentiment as the price correction is weighing on their margins. The producer source pointed out that the margins are “freaking thin” at the moment.

It is interesting to note that the impact of the Russia-Ukraine conflict was not as severe even though some of the major car makers cut their production owing to sanctions on Russia and the supply chain snags.

Due to strong demand from China and some revival in demand earlier in the year, exports of processed rubber from Thailand and Indonesia combined saw a rise of around 31% year-on-year, over January and February, according to customs data. So clearly, there is a firm reliance on the Chinese market in terms of volume movement. Meanwhile, the exports to US, Germany, and France saw a dip over the same period.

However, given the Covid restrictions, the trade flow might get disrupted as several automakers in China had to shut their production. This adds to the woes amid an already crippled demand from the western market.

One of the Chinese electric vehicle (EV) makers, Nio, suspended vehicle production due to a disrupted supply chain earlier in the month. The move was triggered by the suspension of production of the supplier partners in cities including Jilin, Shanghai, and Jiangsu.

Along similar lines, automakers like Tesla, Volkswagen Group, and BMW have halted production for two weeks since April 06, 2022. As a result, China’s auto sales plunged in March by 11.7% to 2.23 million vehicles, year-on-year, according to the China Association of Automobile Manufacturers. The country posted its first decline in three months after a sharp rise of 18.7% in auto sales in February 2022. This directly impacts the rubber industry, with the tire being the biggest rubber consumer.

Meanwhile, according to industry reports, European auto output is expected to drop around 9%, which could partially be attributed to the loss of direct auto sales in Russia and Ukraine. Another crucial factor weighing upon the auto sector with rubber feeling the rippling effect is the global supply chain disruptions.

As extended lockdowns in China show no sign of abating soon, the inland-logistics jitters continue to grow, gridlocking the transportation in the country. According to industry reports, around 477 bulk cargo ships are waiting at the Chinese ports. Moreover, the congestion has expanded to nearby Ningbo-Zhoushan as ships diverted to other ports to avoid the trucker shortage. “We are about to go back into an awful logistical (should I say more awful) crunch,” said a market source.

The current situation is a double whammy for the producers as they struggle with a bearish market compounded by supply chain snags hindering the cash flow.

The situation possibly resulted in a supply glut situation as some producers, especially in Thailand, have opted to sell domestically. However, as per the market sources, the domestic market is slow, which further impacts the prices as producers have to adjust to the market level to keep the production flowing.

While the crisis in Ukraine has rippled globally, the lockdown in China has added a layer to the complexity of the market. This week, the International Monetary Fund slashed its forecast for global economic growth due to the Russia-Ukraine conflict and building inflationary pressures. This could be a red signal for the rubber industry as several producers would be under immense pressure, given that the smallholders dominate 85% of the rubber production.