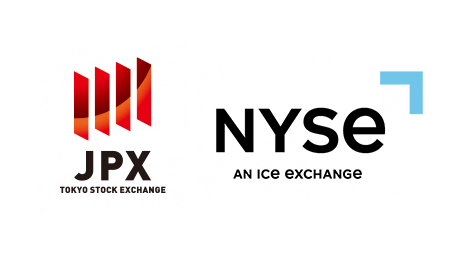 The two exchanges signed the memorandum during the visit of Japanese Prime Minister Fumio Kishida to the NYSE. The agreement was finalized in a ceremony on the iconic NYSE trading floor.

TSE and the NYSE have developed a cooperative relationship over decades, including the signing of an agreement on cooperation in February 2000 and the establishment of a strategic alliance in January 2007. Given the expanding role of capital markets and an evolving business environment that includes advances in digitalization, the two exchanges have agreed to strengthen and further advance their relationship to promote and support the development of both exchanges' businesses.

"It is a great honor to make this agreement with the NYSE to deepen cooperation for the development of the Japan-U.S. capital markets, on the occasion of Prime Minister Kishida's speech at the NYSE," said Yamaji Hiromi, President & CEO, Tokyo Stock Exchange. "In recent years, expectations for exchanges, which play a fundamental role in capital markets, have been increasing in the areas of sustainability and fintech. By further strengthening and advancing our cooperative relationship with the NYSE, the largest exchange in the world, we hope to enhance the diversity of investment products on both exchanges and strengthen cooperation on information dissemination, thereby meeting the expectations of investors and other stakeholders."

"In addition, as the public and private sectors in Japan are pushing forward with joint initiatives to realize a 'New Form of Capitalism,' we hope that this agreement will contribute by improving the investment environment, among other things," Yamaji continued. "Through this collaboration with the NYSE, Japan Exchange Group and TSE will continue to contribute to further development of the capital markets in both Japan and the U.S in their role as a fundamental capital market infrastructure."

"This agreement represents an important evolution in the longstanding relationship between the New York Stock Exchange and the Tokyo Stock Exchange as well as supporting cross-border investment between two of the world's leading economies," said Lynn Martin, NYSE President. "Prime Minister Kishida's participation in the signing of this agreement during his visit to the NYSE underscores the importance of our capital markets and the critical role that public companies play in the lives of the citizens of both nations. We are excited to be expanding our relationship with the Tokyo Stock Exchange and look forward to working together for years to come."

To further invigorate cross-border investment between Japan and the U.S. and develop the capital markets of both countries, the two exchanges have agreed to work together in three key areas. The agreement focuses on, first, the development of investment products; second, marketing activities targeted at Japanese and U.S. investors; and third, the exchange of information on sustainability, the use of digital technologies, market operations and other topics.